Are ‘light skin’ women overrated? Is there justifiable historical context to why darker skin women are treated with less favor by the beauty industry?  Is religion a larger basis for the favor than racial juxtaposition?

When Beyonce was “whitewashed” by Loreal in 2008, an uproar ensued… many argued it was unethical to lighten her skin in a way that made her look closer to her pale-white-model colleagues.  Beyond race, its important to note there where cultures who valued lighter skin as a commodity who werent exposed to a Western/Euro social exchange.  From Brazil to America to India, Skin lightening products make beauty industry leaders very wealthy.  After stumbling on research that suggested skin lightening has been practiced since prior to the first century, i needed to understand why. 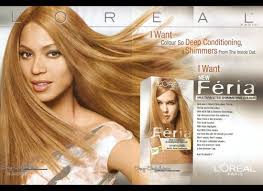 The Ancient Egyptian ruling class felt beauty/cleanliness/lighter skin distinguished them from the lower class, but more importantly, brought them closer to God.  The connotation was women with fairer skin led a different life from their darker skinned laborer neighbors.  Before the 1st Century, Egyptian traders made serious money from skin lightening powders.  Egyptian ladies of leisure undertook pampering rituals which were the stuff of legend; baths with cleaning agents such as ‘netjeri’ or natron, a mineral sourced from dry lake beds… then exfoliating with a paste called ‘souabou’, containing clay and ash… then came the massage with expensive oils. Before completing this rigorous treatment, they also applied alabaster powder and salt/honey. 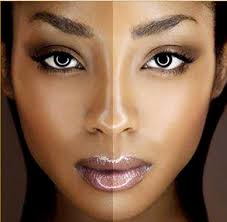 Around the 6th century BC, lightening techniques from the Orient filtered into Athens, women used ceruse-white lead- powdered chalk-crushed figs etc… Once the Greek empire fell, the Roman’s followed suit. Roman women, inspired by the Poet Ovid who encouraged women to make the best of themselves in the “The Art of Love” said, “you know how to acquire whiteness with a layer of powder; she who doesnt blush by blood, indeed blushes by art”.

In the 15th century a noble woman named Dominique Paquet urged women to boil snakeskin in wine to lighten their complexion.  In Venice in 1584, Isabella Cortese wrote a beauty manuscript called the “Secreti” where she encouraged women “to whiten the face, it was recommended that a woman mix rosewater, rock salt, cinnamon, powdered by lilly bulbs, egg white and milk”.   In the 17th century women in Paris wore masks to keep their skin light. In 1870 Helena Rubinstein fascinated Australian women with her light pale skin & subsequently built a major business empire helping darker women become lighter, becoming the first self-made millionaire on the back beauty and revolutionizing the beauty industry. 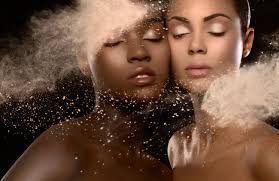 When darker African women in many tribes in the southern African region sing to dark brides, “you look as beautiful as a white or coloured” its time we re-think the Beauty Industries role in perpetuating ancient and clearly outdated class/religious perception antics.   The beauty business is making billions and causing serious inferiority complexes in some of the most beautiful women in the world.

Sauti bloggers Tera and Seaira discuss the divide between being light skin and dark skin in the African American Community. Why does it exist and what should be done about it?